Methods that are Fueling Clean Energy

Solar panels offer another environmentally friendly way to store energy. As they become more affordable, businesses, utilities and homeowners are turning to this storage method for harnessing and generating electricity. Photovoltaic systems (PV systems) connect several panels to capture the sun’s photons and convert them to electricity. These systems can be relatively small, independently owned systems or large, grid-connected solar farms used by utilities. A solar energy inverter is then used to convert the solar energy from DC power to AC power. Solar panels can continue to generate energy when the sun is not shining by collecting sunlight reserves. Of course, if solar panels don’t get enough sun when the sun is shining, they will not be able to generate new energy. They can also take up a lot of space (like a whole solar farm) and aren’t always aesthetically pleasing to homeowners. 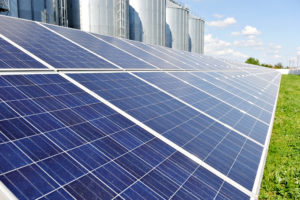 If you’ve ever used a laptop, mobile phone, cordless tools, or, frankly, almost any modern electronic device, you’ve relied on the power of lithium-ion batteries. On a much larger scale, lithium-ion (LI-ON) batteries are a popular energy storage system for regional utilities to help supplement the grid during high-demand hours or in a natural disaster. Lithium-ion batteries “control more than 90 percent of the global grid battery storage market,” according to a 2019 fact sheet from the Environmental and Energy Study Institute (EESI). They’re often the preferred method for battery storage since they last longer thanks to their higher density. They also don’t require as much maintenance as other options. However, they do have a few drawbacks to keep in mind. They tend to be more expensive than other battery options, and they need protection from being overcharged. There’s also the not-so-small matter of demand. With so many industries turning to LI-ON to power everything from tablets to electronic vehicles, getting the batteries in the first place can be a challenge. 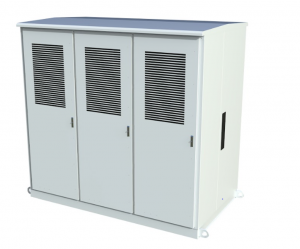 Thermal energy storage (TES) is an environmentally friendly energy storage system that creates energy by heating and cooling materials such as water, sand or rocks. TES systems can also provide cost savings on cooling. These systems are not yet easily scalable, but according to PowerMag, that could be changing: “While TES has so far burgeoned mostly behind the meter to store low-temperature heat… demonstrations suggest growing potential for their wider commercial-scale use in the power sector.” A TES system could help ease the burden on other energy supply systems by shifting the load off of traditional methods and tapping into the stored thermal energy in the TES.

If you’re looking for cost-effective energy storage at a utility-grid scale, look no further than pumped hydroelectric storage (PHES). This energy storage method works by moving water at different elevation levels between two reservoirs. When electricity is needed, water is released from the upper reservoir and sent down through a turbine, creating electricity. If power generation is not required, the water is sent back to the upper reservoir through the turbine. Hydropower uses river water to generate electricity, and chances are the water is not going to change in price as the market changes. It produces minimal greenhouse gasses, and since it does not put out any pollutants, it doesn’t reduce air quality. But, like other energy storage methods, PHES has some drawbacks to consider. For example, building new dams and reservoirs in the United States is limited since many of the best places are taken. Precipitation levels change yearly, which means there is built-in instability in the system. Unfortunately, it can also negatively impact local wildlife, such as the fish in the river next to the dam.

According to the ESA, for cyclical energy needs or applications that are high in power but low in energy, flywheel energy storage (FES) is a good energy storage solution. That’s because flywheels can go through numerous cycles without much wear. So how does it work? FES uses electrical energy to spin a mass inside the system. That creates stored energy. When that energy is needed, the mass slows down, and the stored energy is released. 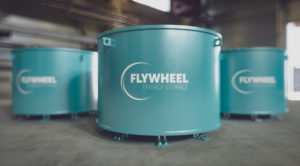 The need for cleaner, safer and more efficient energy solutions is only growing. Along with the energy storage methods we discussed here, new technologies and new applications of older tech are being explored and developed to help meet the demand. Hydrogen storage, which has been around for many years, has never entirely leaped to being a viable method on a large scale and may finally have its time to shine. New technological advances make it a serious contender to compete with batteries as a preferred storage method, particularly for fuel cells. Superconducting magnets are an excellent way to supplement the grid and provide stability. If you’re wondering, “Magnets?" How do they work for energy storage,” let Windpower explain: “Superconducting Magnetic Energy Storage is a novel technology that stores electricity from the grid within the magnetic field of a coil comprised of a superconducting wire with a near-zero loss of energy.” They’re also an environmentally friendly option that doesn't rely on chemicals to produce energy. Underground pumped storage is essentially pumped hydroelectric storage, but it happens underground. The challenge is finding safe places to house the apparatus or excavating new sites without the work being cost-prohibitive. If that hurdle can be overcome, underground pumped storage could offer another option for energy storage that reduces harm to the environment.

No Shortage of Energy Storage Options

The energy storage systems we talked about here are still just a sampling of what’s out there. Options will only continue to adapt and grow as our need for cleaner energy increases. While there is plenty of uncertainty over which method is “the best” (if there is such a thing), there’s also plenty of excitement over what’s possible in this vital sector. Maysteel fabricates custom renewable energy and electrical enclosures for critical energy storage technologies such as solar inverters, battery storage, etc. We can help get you the right enclosure for your tech. Maysteel manufactures durable enclosures at scale at 5 locations throughout North America. Talk with our team today to get a quote!

Stay up to date with all Maysteel manufacturing news, updates, and trends. If you don't love it, unsubscribe with just a click.