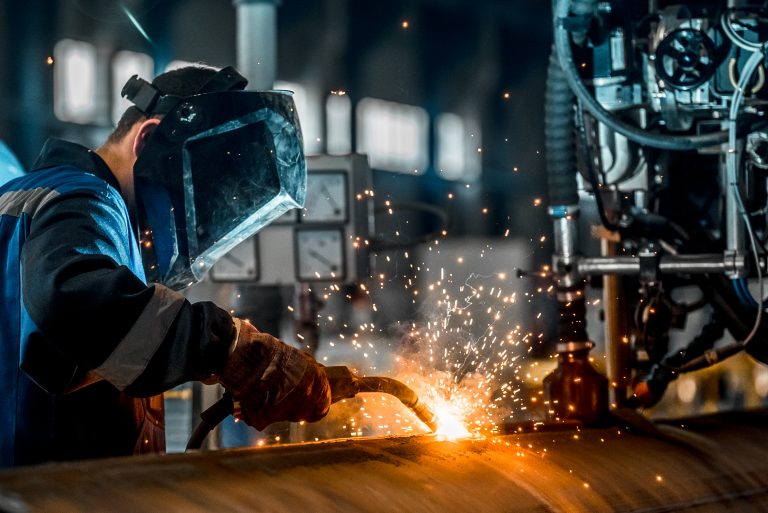 Those of us involved in metal forming on a daily basis often take for granted the history of how we got to where we are; taking pieces of metal and forming them into the shapes we need was a huge step in human evolution. How we make ideas made in metal now has come a long way since the principles of welding, metal forming, stamping and prototyping came into existence. April is National Welding Month, so we want to take a bit of time to honor those who changed the world we live in by welding!

The History of Welding

Using fire to bend metal and force different pieces of metal to join together is what established the Bronze Age. How else would metal instruments of war or tools to build the pyramids have been made? From open flames to an electric arc to laser light, the history of welding has changed dramatically every hundred years or so. It was in the Middle Ages that blacksmiths came into being and were honored greatly for their trade. It wasn’t until the 19th Century that welding as we know it came into existence with the discovery of acetylene. Tools were made that could create an open flame using carbon electrodes and carbon arc welding took off. When the 20th Century hit, coated metal electrodes were created and the arc become much more stable and various forms of welding appeared including seam, spot, flash butt and projection. As the 1900’s progressed and advancements in electricity and voltage were harnessed, welding became incorporated in just about everything we see. Now, computers and lasers help us create custom enclosures for just about any industry that needs to protect equipment.

Foster the Future of Welding

While computers and robots have certainly become commonplace in the manufacturing world, metal shaping still requires the human touch. As we go through the remainder of National Welding Month, we hope you can help us keep welding and metal forming in the minds of the future: children and teens. Consider talking to your child or other children about how things around them are made with metal forming: look at their gaming systems or computers and ask them how they think the enclosure was made. Unfortunately, shop classes have all but disappeared from many high school programs. You could also donate to veterans groups that help soldiers get back into the workforce by teaching them about welding and manufacturing.

Do you think you might know of someone interested in a career in shaping metal? Help them get here at an early age. Manufacturing isn’t going anywhere. It’s up to us to make sure people still want to create ideas made in metal.

Stay up to date with all Maysteel manufacturing news, updates, and trends. If you don't love it, unsubscribe with just a click.